Benefits And Uses Of CBD Oil 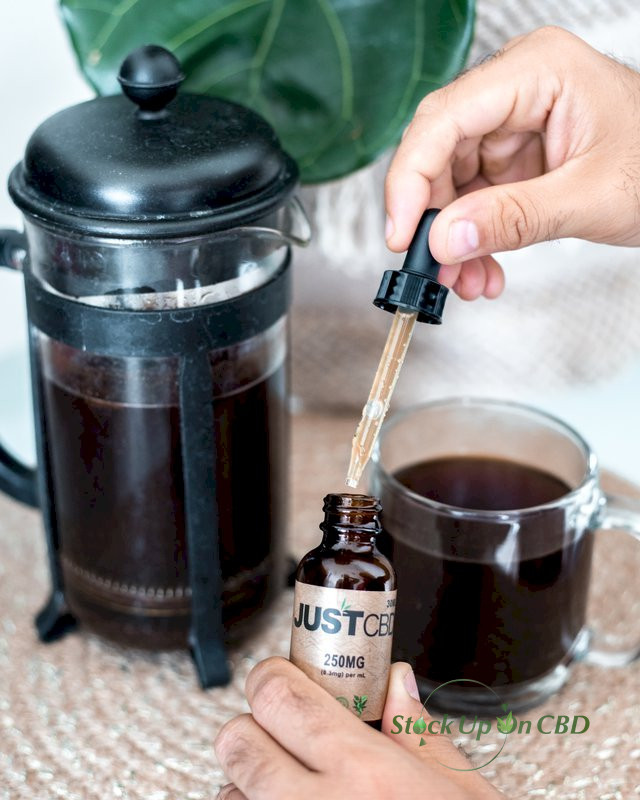 Another well-known cannabinoid is THC. This is distinct from CBD, as THC is the psychoactive agent that makes cannabis so attractive to recreational users.

Under federal law, marijuana is still considered illegal due to its THC content. However, more recent versions of CBD are considered legal to buy and sell because they’ve been extracted from hemp. Hemp doesn’t contain as much THC as cannabis sativa and this is why hemp is openly sold in all 50 states.

The surge in the popularity of CBD oil is due to reports about its effectiveness in treating various ailments and symptoms. Scientific evidence has been compiled about how CBD works in treating the following medical conditions:

The latest studies indicate that CBD can have positive effects for the heart and circulatory system. These effects include lowering high blood pressure, which is a condition generally associated with increased of metabolic syndrome, heart attack, and stroke. Studies have

One of these studies was published by the American Society for Clinical Investigation. It involved 10 healthy male participants, and it was found that when they took a single 600 mg dose of CBD oil the dose reduced their resting blood pressure.

This study also performed stress tests on the participants. Those who took the CBD did not experience as high an increase in blood pressure under stress as compared to those who took the placebos.

In general, these studies indicate that CBD has antioxidant and stress-reduction capabilities. This is the reason why it is able to significantly reduce blood pressure. Studies involving lab animals have indicated that CBD can reduce the inflammation and cell death that often occur as symptoms of heart disease.

An increasing number of CBD studies recently have focused on how the compound may be able to help treat neurological conditions such as multiple sclerosis and epilepsy. Researchers believe that those with neurological issues may benefit from how CBD can act on the human body’s endocannabinoid system.

The Sativex has been found to work effectively and safely in reducing muscle spasticity in patients with multiple sclerosis. In one of these studies, Sativex was tested on patients with multiple sclerosis and who experienced muscle spasticity was resistant to standard medications. The test involved 276 patients, and it was found that the use of Sativex reduced the spasms in 75% of them.

A different study had 214 participants with severe epilepsy. The researchers gave them 0.9 to 2.3 grams of CBD oil per pound of body weight. As a result, their seizures were reduced by a median of 36.5%.

Still another study involved children with a compel childhood epilepsy disorder called Dravet syndrome. This study found that the intake of CBD oil reduced the children’s seizure activity to a significant degree.

Other studies indicated that CBD oil can improve the sleep quality and overall quality of life of patients with Parkinson’s disease. Also, it’s been found that the use of CBD may help reduce inflammation and prevent the neuro-degeneration that comes with Alzheimer’s disease. Basically, CBD oil can slow down the progression of Alzheimer’s.

A study that involved laboratory mice also discovered that CBD oil can help in preventing cognitive decline. This may prove beneficial for people who are genetically predisposed to Alzheimer’s disease.

Compared to the severity of some medical ailments that CBD oil may help treat, acne seems almost unimportant. But this skin condition affects a large portion of the general population, and up to 9% of people may have acne issues. Many teenagers (and adults) can benefit from the self-confidence they may gain if their acne is relieved.

Acne has several contributing factors, including bacterial infection and genetics. It’s also a condition that may be partly the result of sebum overproduction. Sebum is the oily secretion produced by the skin’s sebaceous glands.

CBD can help treat acne as studies indicate that it has anti-inflammatory properties. It may also reduce sebum production, which should then dampen the severity of the acne.

Cannabis and cancer have long been associated, with numerous doctors prescribing medicinal marijuana for patients on chemotherapy treatments. Studies have indicated that CBD helps with nausea and vomiting, while also enabling patients to better manage the pain.

In one study, the researchers focused on 177 people who suffered from pain related to cancer, and who did not get the relief they needed when they took pain medication. These were divided into 2 groups, with one receiving both CBD and THC as part of their treatment. The other group only got THC.

It was found that the group that received the combined CBD and THC extract were able to experience a greater reduction in pain, compared to what the other group experienced with just THC.

CBD’s ability to help with nausea and vomiting is also important, as these are among some of the most common side effects that cancer patients experience when they get chemotherapy treatments. Some of these patients aren’t helped at all by standard medications that are supposedly helpful for nausea and vomiting. This has led to studies that looked for better alternatives.

In one of these studies, it was discovered that a combination of CBD and THC administered to cancer patients through oral spray was better than the standard treatment when it came to reducing the nausea and vomiting related to chemotherapy.

Now more recent studies have indicated that CBD is not just for treatment side effects. It may also be useful in treating cancer itself. One of these test-tube studies showed that human breast cancer cells underwent cell death when exposed to concentrated CBD.

Other studies offered similar results. In one of the studies that involved laboratory mice, it was found that the spread of aggressive breast cancer cells were slowed down by CBD treatments.

These cancer studies involving CBD are only in the initial stages, and there haven’t been any significant studies with human test subjects. However, the new information offers promising news for cancer patients.

Anxiety and depression are among the more common mental conditions, and they’re not quite as minor as some may think. These conditions can have terrible consequences for the health of the patients who suffer these ailments.

Doctors often prescribe pharmaceutical drugs to treat patients with anxiety and depression. However, these medications often come with several unwanted side effects. These can include either insomnia or drowsiness, along with headaches and agitation. Even sexual dysfunction is a rather common side effect of these drugs.

In addition, some of these medicines used to treat depression may actually be addictive. This can tempt some patients into drug abuse.

CBD oil has become a more natural treatment alternative to these drugs, as studies have indicated that the extract can help with anxiety and depression. Various studies have shown promising results.

In one of these studies, a group of patients with social anxiety disorder were tasked to undergo a public speaking test. Some of these patients received a treatment of 600 mg of CBD before the test, while the others received a placebo.

Other studies have shown that CBD can also help with other similar mental conditions. In some studies involving laboratory animals, it was found that CBD can have effects that are similar to antidepressants.

CBD oil has also been shown to help with children who suffer from PTSD (post-traumatic stress disorder), as it alleviates their anxiety and insomnia.

Researchers believe that the antidepressant-like features of CBD oil are related on how the compound is able to act on the serotonin receptors in the brain. Serotonin is the neurotransmitter that affects people’s mood and public behavior.

Pain relief is probably among the most well-known therapeutic benefits of cannabis. In fact, marijuana has long been used to relieve pain. Evidence suggests that this particular use for cannabis was already in practice as far back as 2900 BC.

However, the more recent scientific studies have discovered that this particular effect of cannabis can be attributed to some components in cannabis, and more specifically the CBD compound.

In the human body, there’s a specialized system called the endocannabinoid system. This is the part of the body that is involved in regulating various biological functions. These include appetite and sleep, along with pain and the human immune system response.

This has been demonstrated in various studies. One study involving laboratory rats showed that the animals that received the CBD treatments experienced a lower pain response to surgical incisions. A similar study also demonstrated that sciatic nerve pain and inflammation were significantly lessened with oral CBD treatment.

Studies involving human test subjects also show similar results. Patients who suffer from pain related to arthritis or multiple sclerosis have had their pain treated successfully with a combination of both CBD and THC.

A particular medicine that combined CBD and THC has already been developed as a result. Called Sativex, it has already been approved to treat pain related to multiple sclerosis in several countries.

Various studies have indicated the effectiveness of Sativex treatments. In a particular study, patients with multiple sclerosis were divided into 2 groups. One group only received a placebo, while the other group was treated for a month with Sativex. At the end of the study, it was found that the Sativex group enjoyed significant improvements in regards to walking, muscle spasms, and pain.

Another Sativex study involved patients with rheumatoid arthritis. The patients who received the Sativex treatment enjoyed better sleep quality, while their pain lessened at rest and during movement.

What is known about CBD is only the tip of the iceberg. There is so much more we don’t know, regarding long term effects for CBD use. Scientists are also discovering new ailments that can be helped with CBD.

Although the studies on CBD are still in the initial stages, it’s undeniable that CBD represents a fresh approach to treating various ailments. Its effects on pain relief alone are noteworthy, as too many people are already using pain medication. CBD may be a more viable alternative to pain medication that some patients may be prone on abusing.

Perhaps the most important fact about CBD is that it does not have to come from marijuana. Marijuana is still illegal according to federal law. But CBD can be extracted from hemp, and that makes CBD exempt from the anti-marijuana laws. CBD doesn’t cause patients to feel high, and this makes it useful even for younger patients.

This list of CBD oil benefits is still not definitive. Additional studies may even lead to discovering other conditions that CBD can treat. Other suspected CBD health benefits include prevention of diabetes, anti-tumor effects, helping with substance abuse, and the reduction of psychotic symptoms related to schizophrenia.

Few Mistakes that You Must Avoid While Buying CBD Oil