Cannabis As A Potent Medicine For Pets 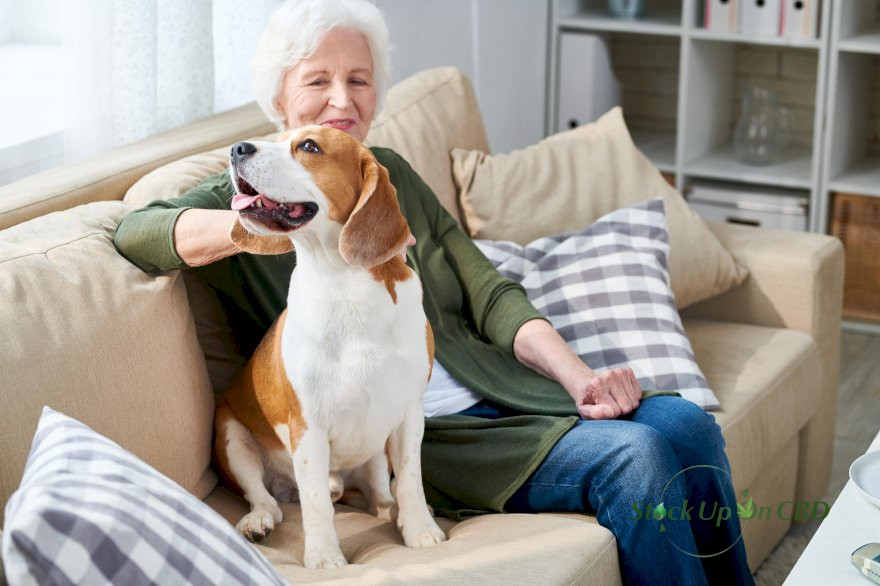 The endocannabinoid system (ECS) has made advancements since the emergence of vertebrate species but has not been under the purview of veterinary practitioners as a form of study. Similar to human counterparts,veterinary professionals have only a casual understanding of the ECS and cannabis treatment. They have also spoken about the lack of evidence in animals. On the contrary, there are several studies that have used cannabinoids and various cannabis molecules for the therapeutic cure and translational research that could be examined for any vertebrate creature.

It can be seen that more conservative organized veterinary medicine, such as the American Veterinary Medical Association, subscribes to outdated information and prohibitory era concepts with regard to cannabis, propounding false statements about the lack of safety or effectiveness of cannabis products in animals. In contrast, there are hundreds, if not thousands of articles on laboratory animal species, which technically includes dogs and cats, ascertaining the safety of cannabinoids at extremely high doses and its therapeutic ability for treating various conditions. Still, the bias remains. However, the application and demand for cannabis products in veterinary medicine is increasing rapidly, primarily due to demand by the pet owners. Unfortunately, it is evolving at a faster rate than veterinary practitioners can educate themselves about it.

Another major factor contributing to a negative bias in veterinary medicine is the toxicity of tetrahydrocannabinol (THC) in companion animals. Following the legalization of medical marijuana in the US, the Animal Poison Control and Pet Poison Hotline have witnessed a 330% rise in THC toxicities. The suspected lethal dose of THC in dogs is a dosage higher than 9 g/kg, almost an impossible dose to achieve. The most common route of exposure to THC in dogs and cats is through ingestion. Almost 66% of exposure relates to ingesting homemade or commercial edible products. The second most common source of cannabis exposures includes consumption of plant material, followed by cannabis tinctures or oils

Some of the signs of THC toxicity include fatigue, depression linked with the central nervous system, vomiting, ataxia, urinary incontinence, raised sensitivity to movement or sound, hypersalivation, dilated pupils and bradycardia. Minor symptoms include aggression, anxiety, low blood pressure and respiratory rates, raised heart rates and constant abnormal eye movements. Rare symptoms include seizures or comatose state. A 2018 research looking into the susceptibility of cannabis-induced convulsions in dogs and rats, mentioned no seizures in dogs. Although, central nervous system symptoms like ataxia, low activity and tremors were noted when dogs were given daily oral doses of cannabis extracts having concentrations as high as 27 mg/kg THC mixed with 25mg/kg cannabidiol (CBD) (1.08:1 ratio of THC to CBD) for 56 weeks.

Basic Difference Between Marijuana Plant And A Hemp Plant

There should be some basic difference that should be made on the subject of medical cannabis, and even particular terminology applied when approaching medical cannabis a valid medical treatment. The first difference is between a “marijuana” plant in contrast with a “hemp” plant. The hemp plant contains much lower levels of THC (less than 0.3% by dry weight) and has been recognized by veterinary professionals as there is a low risk of THC toxicity. This distinction is especially significant for recommendations made by veterinary experts.

California was the first state to pass legislation at the end of 2018 with AB2215 that permit veterinarians to consider cannabis as a therapeutic alternative, but the legislation still disallows veterinarians from prescribing, recommending, dispensing marijuana or hemp products to animals.

There are several agonists or chemical compounds derived from marijuana and hemp plants, that operate on the endocannabinoid system (ECS) in animals, similar to humans. The endocannabinoid system consists of an extensive group of endogenous cannabinoid receptors present in almost every vertebrate, both centrally (inside the brain) and peripherally. As a matter of fact, this review mentions the growth of ES receptors in lesser species, including invertebrates through the millennia via ancient genetic markers. This ECS manages various homeostatic processes like in humans, with greater physiological and genetic effects being identified each year, generally in research animal models. Some of these therapeutic responses, while tested in animal models, do not translate well into human models. This is due to the difference in the distribution and density of ECS receptors in animals compared to humans.

Current Studies On Practical Use Of Cannabis In Companion Animals

The results from two studies, one conducted at Colorado State University (CSU) and the other at Cornell University to throw light on effective and safe dosing of CBD dominant cannabis products in dogs revealed the favorable pharmacokinetic profile of the oral CBD-infused oil. The study concluded that this particular CBD dominant product with no terpenes seemed to be well-tolerated in dogs.
Other ongoing studies one on osteoarthritis and the other on canine epilepsy at CSU using a hemp-based product revealed a reduction in the frequency of seizures at 5 mg/kg once a day in eight out of the nine dogs. In a canine study performed at Cornell University under the direction of Dr. Joseph Wakshlag, single-dose pharmacokinetic research was conducted using two different doses of CBD enriched oil. The details of the experiment are given in the said review. A canine brief pain inventory and Hudson activity scores revealed an immense decrease in pain and augmentation in activity with CBD oil. Veterinary examination showed reduced pain during CBD treatment. Owners reported no harmful side effects, though serum chemistry revealed a rise in alkaline phosphatase (ALP) similarly to the CSU study during CBD therapy which normalized over time.

Conclusions of the clinical study indicate that 2 mg/kg of ElleVet Sciences CBD product twice daily can assist in increasing comfort and activity in dogs suffering from osteoarthritis. Data has also revealed in both studies that the other non-psychotropic cannabinoids, largely CBD has a wide safety margin with only minimal side effects. In both studies, the elevated ALP was prominent.

Animal models of CBD utility with regard to anxiety or panic attacks are also being studied and along with alleviation of disease processes, veterinary researchers are also discovering hemp for its anxiety lowering effects and nutritional content. The nutritional content of cannabis biomass is also being researched as feed for production animals, as seeds are abundant in beneficial fatty acids
Apart from pharmacokinetic, pain, anxiety and seizure studies, scientific articles focusing on cannabinoid receptor proliferation in feline and canine epidermal tissues hinting at the effectiveness of topical and systemic applications for atopic dermatitis in dogs and hypersensitivity dermatitis in cats has also been studies. Other studies are looking at the distribution of ECS in different tissues for exploring gastrointestinal function.
Anticancer effects are among the common interests with pet owners. Canine cancer research at the University of Florida offers exciting preliminary in-vitro results for three different kinds of canine cancer cells. Hopefully, the same results will also be presented in the current in-vivo study.

Conclusion On Cannabis For Pets

As the legal status of cannabis products continues to be at the forefront, it is vital to push for quality scientific data to support therapeutic evidence. Similar to human medical cannabis circles, the veterinary aspect will continue to develop, looking for particular cannabinoid and terpene profiles for different illnesses or ECS support. As scientists, buyers and animal owners, we must pressure cannabis manufacturers to manufacture products applying proper manufacturing guidelines and using safe ingredients for animals and practicing transparency. We should also pressure local government particularly state veterinary and pharmacy boards to adopt legislative wordings that permits veterinary professionals to recommend and in certain cases prescribe cannabis products for the pets. Finally, veterinary professionals should also be encouraged to educate themselves on this topic.

Things You Need To Know Before You Buy CBD Oil

CBD Oil and Other Things That Reduce Anxiety

CBD SUNSCREEN: A Must Item That You Need And You Will Live...