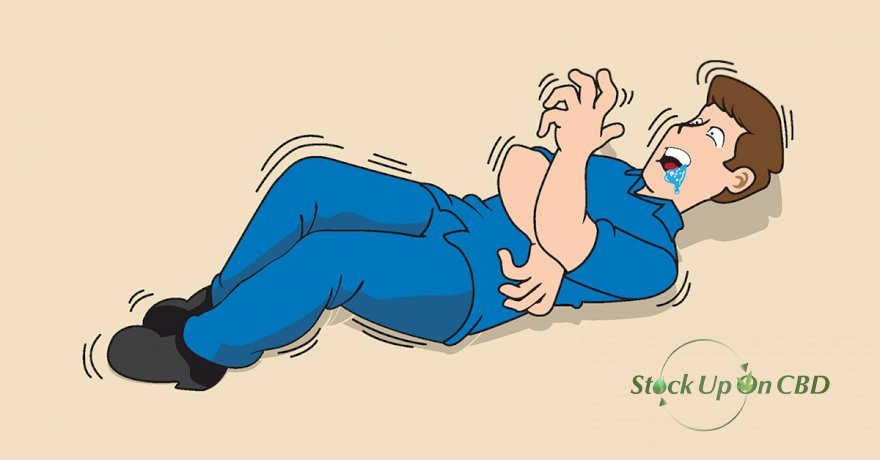 CBD oil has become one of the most effective natural remedies that can be used to mitigate the painful symptoms of several critical medical conditions. Some of these conditions include anxiety, stress, diabetes, insomnia, etc.

However, one thing that many people aren’t familiar with is that CBD oil can be also be used to treat various seizure disorders. Though the use of CBD oil for seizures was a debatable topic, researches have shown that CBD oil can not only reduce the number of seizures but also help the person live a healthy lifestyle.

So, in this blog post, we are going to share some useful insight into the positive impact of CBD oil for seizures. In case you or anyone you know is suffering from seizure disorders, stick along, the following guide will be extremely helpful.

Before starting with the benefits of CBD oil for seizures, let’s first understand what seizures are and how do they occur? A seizure is basically an electrical disturbance in the brain that can cause a change in behavior, feelings, and also impact your consciousness levels.

A person can experience anywhere between 1 to 100+ seizures in a day. Though most of the seizures are completely unnoticeable (as they occur for a few seconds), there are cases when the seizure can last for as long as 10-20 hours.

Studies have shown that nearly 150,000 American citizens are diagnosed with epilepsy every year, making it one of the most common medical conditions in the United States.

There are several types of seizures that vary on the basis of severity. The medical science, however, categorizes seizures in two different types, i.e., minor seizures and critical seizure attacks.

The symptoms of every seizure depend on its severity. While in some cases patients stare blankly for a couple of seconds, there are scenarios where the seizure can make the person lose the sense of his surroundings.

In such cases, the patients don’t even remember what happened during the time of the seizure attack. In saying that, seizures can be extremely dangerous, especially if the person is performing activities like driving, swimming, working out, etc.

In the majority of cases, people suffer from epilepsy since their birth. In fact, seizures are considered as a genetic disorder as well. However, many people also develop epilepsy later in their life.

In any case, though, the symptoms of seizure remain the same. Some of these symptoms include:

These are the most common symptoms of seizures. The extent of these symptoms can depend on the severity of the seizure itself.

Now, that you know everything about epilepsy, let’s understand how to use CBD oil for seizures.

Like many other ailments, seizure disorders and epilepsy are associated with inflammation. In fact, inflammation is one of the major reasons for a seizure to occur in the first place. So, to treat seizures, it is important to reduce inflammation first.

It is also worth noting that CBD oil is a completely natural compound, which means it does not cause any harmful side-effects like pills and other medical procedures.

Of course, seizures can be controlled with medication, but it is important to understand that medicines only provide temporary relief. If we consider long term effects, medicines are most likely to affect your overall health in many ways.

So, if you’re consuming medicines for seizures, you are on the wrong path. CBD oil for seizures is recommended and one of the most effective treatments to fight epilepsy. So, if you have been suffering from any type of seizure disorder, we recommend consuming CBD oil.

How to Consume CBD Oil for Seizures

As far as the consumption is concerned, CBD oil can be consumed using any of the recommended two procedures. These procedures include inhalation and oral ingestion.

There is another way, known as the topical application, to consume CBD oil, but you cannot use it to treat seizures.

In case you have past experience in vaping and know how to use a vaping machine, you can consume CBD oil through inhalation. However, since vapers are quite complicated, beginners might not want to use them and use a method that is more conventional.

Beginners can directly put CBD oil drops under their tongue. This is one of the easiest and most effective CBD oil consumption methods. If it’s your first time using CBD oil, you can also take CBD oil pills.

Though these pills take time to show positive effects, they are the perfect choice for first-time CBD oil users.

CBD oil can also be used by people of all ages. Unlike medicines, there aren’t any restrictions on the use of CBD oil. Anyone, from a newborn baby to 50-years old person, can be given CBD oil for seizures.

Seizures are one of the most common medical conditions in the United States. More than 30% of the country’s population suffers from epilepsy and other seizure disorders. These conditions not only affect the brain’s nerve cells but also cause several other medical conditions like stress and anxiety.

Therefore, patients suffering from seizures need to undergo proper treatment. Consuming CBD oil for seizures will prove to be extremely beneficial, regardless of the seizure disorder you are suffering from.

So, make sure to buy CBD oil if you have been suffering from epilepsy or any other seizure disorder.