Congress Makes Move to Allow CBD in Food and Beverages

CBD News and Events 3 years ago 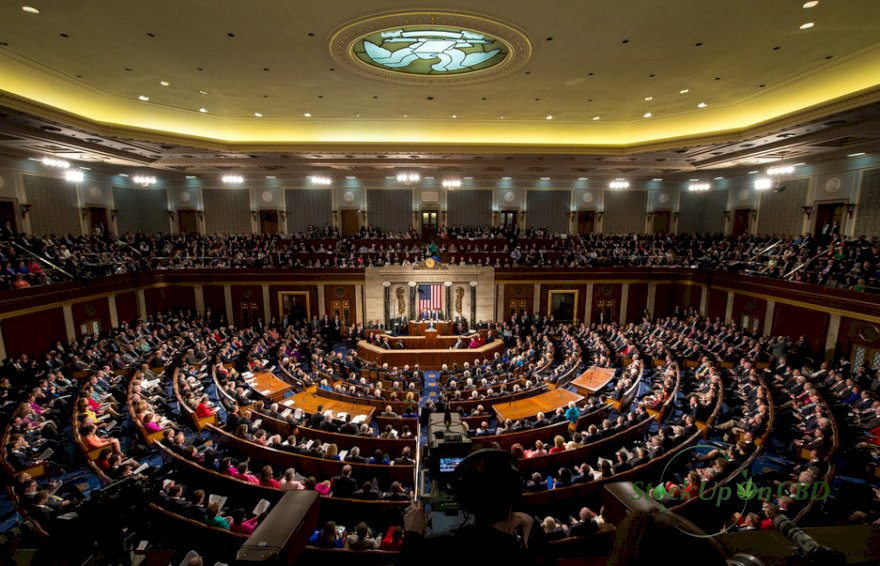 WASHINGTON — A bipartisan group of lawmakers has introduced a bill that would amend the Federal Food, Drug and Cosmetic Act to include cannabidiol (CBD) in the definition of dietary supplements, which would CBD to be marketed in food, beverages and nutritional supplements. The bill, introduced Jan. 13, was filed by Rep. Collin Peterson (D-Minn.), chairman of the House Agriculture Committee, and was co-sponsored by Reps. Thomas Massie (R-Ky.), James Comer (R-Ky.) and Chellie Pingree (D-Maine).

The proposal comes after an amendment in the 2020 Senate Appropriations Act that would have opened a similar pathway for CBD sales was stripped from the final bill. The provision, inserted by Senate Majority Leader Mitch McConnell (R-Ky.), would have instructed the U.S. Food and Drug Administration (FDA) to “issue a policy of enforcement discretion with regard to certain products containing CBD” within 120 days of the spending bill’s passing.

The new bill addresses FDA oversight of CBD, and also laws regarding hemp cultivation oversight by the U.S. Department of Agriculture (USDA). It would require the USDA to study “regulatory and market barriers for farmers engaged in hemp production,” specifically the costs of implementing hemp testing programs, the costs of destroying hemp that exceeds the THC limit, the feasibility of the required testing timeline and “other known or potential ch

“The last two Farm Bills were landmark successes for hemp, but we are still very early in this process, and growers need regulatory certainty,” Peterson said in a press release. “This bill will allow FDA to regulate CBD that comes from hemp as a dietary supplement, providing a pathway forward for hemp-derived products. It would also identify barriers to success for hemp farmers, informing growers and policy makers of the challenges facing this new industry.”

Eric Steenstra, president of Washington, D.C.-based Vote Hemp, said in an email blast that the organization supports the bill.

“[It] will help provide clarity to the marketplace and ensure that CBD supplements can be marketed and sold nationwide,” Steenstra said. “We urge Congress to pass this legislation quickly and FDA to regulate hemp-derived CBD the same as any other supplement under existing regulations.”

Experts warn the process of passing such a bill takes time, especially in today’s political climate. Scott Sinder, partner with Washington, D.C.-based Steptoe & Johnson LLP, told CSP Daily News that in the best-case scenario, the bill won’t pass until close to the end of the year, if it passes at all.

“It’s the first shot across the bow on this, so very hard to say,” Sinder said. “Especially at a moment when very little legislative activity is expected.”

The proposed bill has been referred to the Committee on Energy and Commerce, as well as the Committee on Agriculture. The committees will review “for a period to be subsequently determined by the Speaker,” according to Congress.gov.

Is CBD oil and cannabis legal in my country?

JustCBD Responds to COVID19 by Donating Face Masks to Homeless...

CBD Treats to Relax Both You and Your Pet