Is CBD oil and cannabis legal in my country?

CBD News and Events 9 months ago 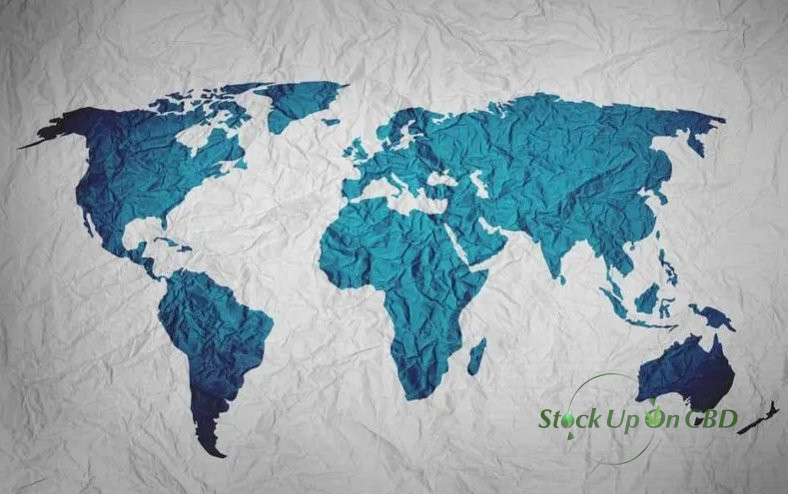 We all know that CBD oil has incredible health benefits and has cured cancer and other serious illnesses in humans and animals, but is CBD oil legal where you live? Here’s what you need to know about the legalities of this magical medicine, where you can and cannot legally use it.

By the way, laws are changing the status of cannabis and CBD oil all the time. While we endeavour to keep our information up to date, legalities regarding the chemical and drug are subject to change. Make sure you check with your local authority, state or police department to confirm your rights.

In an ideal world, we’d like the whole world to have access to CBD oil. We’ve seen it have incredible effects on patients suffering from anything from seizures, cancer, and Crohn’s Disease to anxiety and depression. This chemical is re-writing what we know about medicine and the treatment of a massive number of illnesses.

Unfortunately, since the widespread cannabis prohibition in the late 1930s, CBD, cannabidiols and the cannabis plant have been a controversial subject. With fears over recreational use, and doubts cast over its role in medicine, cannabis has been classified as a classified drug in most parts of the western world.

However, as it stands, CBD oil from the hemp plant is entirely legal in the UK and EU, meaning that you can get all the amazing benefits of the plant without breaking the law.

The legal definition of hemp is strains of the cannabis sativa with a THC (the compound that produces the ‘high’) of less than 0.2%. Anything over this percentage is classed as cannabis.

So, as long as the THC level is kept at a low level, CBD oil is entirely legal. Cannabis, on the other hand, is still bound by strict legislation. While still illegal in most countries, the US has made a lot of headway in changing the way cannabis is perceived.

Up to the first quarter of 2018, thirty states and the District of Columbia have laws broadly legalising marijuana in some form. In contrast, pre-2000, only a small handful of states had decriminalised medical marijuana.

Cannabis laws vary across the world. Here, we look at the different rules governing the plant in various countries around the world.

Since 1971, it has been illegal to possess, distribute, sell or grow cannabis in the UK.

If you’re caught with cannabis, you could face an unlimited fine or a maximum of five years in prison – or both.

You could also face on the spot fines if you’re carrying an amount deemed for personal use – usually around one ounce or less.

If you’re convicted of growing and supplying it, you could face up to 14 years behind bars and an unlimited fine.

In terms of medical marijuana, only two cannabis-based medicines, Sativex and Nabilone, are currently licensed for prescription.

For recreational use, cannabis is illegal in Ireland. However, most possession charges will only carry a fine not exceeding €1,269. A third offence, however, can lead to a prison sentence of up to a year.

Medical marijuana is reviewed on a case-by-case basis and requires approval from the Minister of Health.

Behind the Czech Republic, Spain and Italy, France ranks fourth in the European Union for monthly consumption of cannabis[1].

From 2013, the production, transport, export, possession, offering, acquisition or use of speciality pharmaceuticals that contains a cannabis-derivative was decriminalised. More reform is set to take place under the current Macron government.

While the production and distribution of cannabis for commercial use is prohibited, it has been decriminalised for personal use.

Cannabis clubs are a common way to exploit the country’s legal loopholes and buying and use cannabis in these places is technically legal.

The use of marijuana in Italy has severe penalties. If found to be carrying a small amount for personal use, you could face fines and the confiscation of your passport and/or driving license.

Cultivating and selling cannabis can result in a prison sentence. However, from 2017, you can buy light cannabis in tobacco shops.

In 2013, Italy legalised the use of medical marijuana with a doctor’s prescription.

In Russia, it is a criminal offence to carry over 6g of marijuana. The production, sale and possession of any form of medicinal marijuana products is also illegal

Deemed as a dangerous narcotic drug by the government and Convention on Psychotropic Substances, cannabis has been illegal to use or possess in China since 1985. Penalties can vary from fines of around 2000 Yuan (£225 or $315) to 10-15 days in prison.

However, while the Japanese laws regarding cannabis are punitive, there is a loophole that allows for CBD oil to be imported and consumed in Japan, as legislation only governs the leaves and flowers of cannabis sativa, not the stalks.

Cannabis in Brazil is illegal, but in 2006, the possession and cultivation for personal use was decriminalised. However, public use often carries a community service order.

Laws regarding medical marijuana were relaxed in 2017, and the Brazilian government have approved the import of CBD oil.

Both CBD oil and the use and possession of marijuana is currently illegal in Australia.

But while reform on current drugs laws is currently underway, Victoria was the first Australian state to legalise medical marijuana. New South Wales and Queensland have legalised it for patients suffering from serious illness including cancer and multiple sclerosis. Other states have allowed restricted use for medicinal purposes.

The laws governing CBD oil in New Zealand are confusing. While the law states CBD oil is available on prescription-only, CBD is also defined by law as a dietary/food supplement, and shouldn’t require prescription. To be safe, we recommend first speaking to your GP if you want to use CBD oil.

The Brain Link between Cannabis and Coffee

9 months ago CBD News and Events

New to the whole CBD thing? Here’s a quick rundown.

9 months ago CBD News and Events

Stressed? These 3 CBD Products Can Help

5 months ago CBD News and Events

CBD SUNSCREEN: A Must Item That You Need And You Will Live...