The Brain Link between Cannabis and Coffee

CBD News and Events 5 months ago 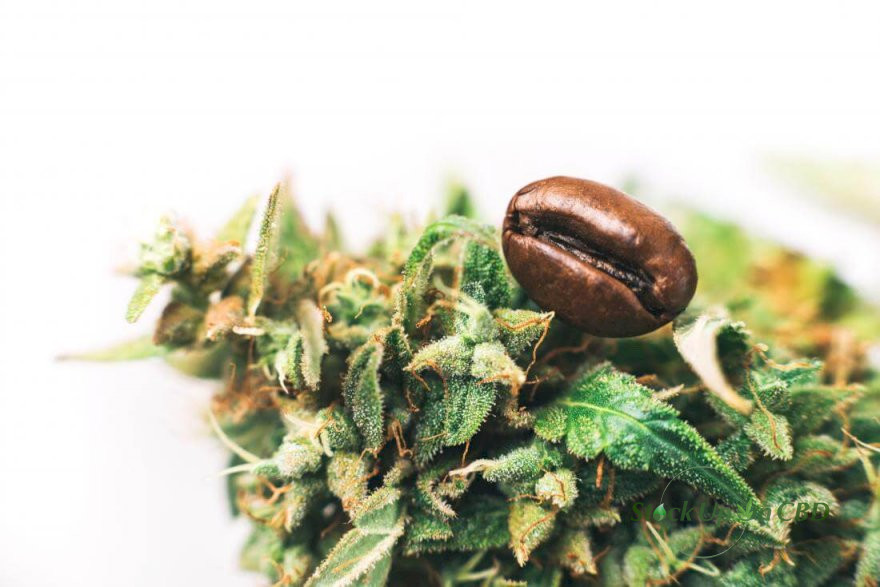 Coffee is a complex substance and – as a new study finds – it’s metabolic interactions are equally complex. Surprisingly, coffee influences the same regions of the brain as cannabis.

A new study finds an intriguing relationship between cannabis and coffee.

Although studies looking at coffee’s health benefits — or lack thereof — appear to be published on an almost daily basis, its true impact on health is still poorly understood.

Some studies have found health benefits, some have concluded that it might reduce mortality risk, and others drew no solid conclusions.

This confusion is due to several factors, and one is the difficulty in separating cause and effect in large, population-based studies. For example, someone who drinks a lot of coffee might also sleep less, smoke more tobacco, drink less water, or work unsociable hours. These factors muddy the statistical waters.

Also, coffee is an incredibly complex beast; it contains more than 1,000 aroma compounds, levels of which vary depending on the type of coffee bean and how it is brewed.

The metabolites of coffee

Recently, a group of researchers from Northwestern University in Chicago, IL, took a detailed look at the impact of coffee consumption on our internal chemistry. Their findings were published this week in the Journal of Internal Medicine.

The 3-month study involved 47 people living in Finland. In the first month, the participants drank no coffee at all; in the second, they consumed four cups every day; and in the third, they drank eight cups each day.

Using advanced profiling techniques, lead author Marilyn Cornelis and her team checked the levels of more than 800 metabolites in the blood after each stage. Metabolites are chemicals produced during metabolism. They are generally small molecules and carry out a range of functions both within and between cells.

The scientists found that with increased coffee consumption, blood metabolites involved in the endocannabinoid system dropped off. This is the system that gives cannabis its recreational and medical effects.

The endocannabinoid system helps to modulate a whole host of metabolic activities — including blood pressure, cognition, addiction, immunity, appetite, sleep, and glucose metabolism. So, if coffee influences this overarching system, it will open up many new research avenues.

“These are entirely new pathways by which coffee might affect health,” notes Cornelis. “Now, we want to delve deeper and study how these changes affect the body.”

For instance, the endocannabinoid system is believed to influence eating behavior. As Cornelis says, this could help to explain “the link between cannabis use and the munchies.” Conversely, coffee has been considered a potential weight loss aid and may reduce type 2 diabetes risk.

“This is often thought to be due to caffeine’s ability to boost fat metabolism or the glucose-regulating effects of polyphenols (plant-derived chemicals).”

Drinking more coffee was also found to increase metabolites from the androsteroid system. This infers that coffee speeds up the excretion of steroids. And, because steroids are involved in a number of conditions — notably cancers — coffee could, potentially, play a part here, too.

This study was the first to have demonstrated such a depth of metabolic interaction between coffee and the endocannabinoid system. No doubt these new learnings will form the foundations of future research into a range of conditions.

However, more work will be needed to understand whether the observed changes in metabolites were due to caffeine or one of the myriad other compounds in those cups of delicious black gold.

How To Craft The Perfect CBD Cocktail

Keep Your Lips In Check With CBD Lip Balm